ROCHESTER, NY – Getting no headway fundraising for their defunct soccer franchise, David and Wendy Dworkin decided the only way they could revive their business venture was by converting the business into a beloved pizza franchise.

“Listen, we can’t expect to get fans out to watch amateur soccer on a regular basis. It’s just not realistic. But getting a lower middle-class family in East Rochester to order a deep dish cheeseburger pizza, now that’s amorè.”

ROCHESTER, NY – Upon hearing news it may be replaced by a Burger King, the Arby’s on the corner of Monroe & Alexander expressed apathy and slight surprise that it’s made it this long.

“I mean, I get we’ve had a slight uptick in overall popularity from the whole Jon Benjamin ‘we have the meats for sandwiches’ campaign. But me? This Arby’s? I mean our food sucks and there’s a McDonald’s literally across the street with cheaper shit food, so what’s my purpose?”

Taking a long drag from a used cigarette he found in the grass, the restaurant regaled us on the sights he’s seen in recent years “I think it’s time to go because I’ve been robbed, pissed on too many times to count by the same homeless guy who tried to have sex with my gutter drain, and read the weirdest reviews ever like last year some guy named “Jesus Lives” said verbatim “Classic roast beef had better meat was tough flavor there really???” So like where do I go from there?”

It’s important to note that is a real review on Google.

Rochester, NY – The Times Square Building in Rochester will finally be testing it’s Anti-Alien Cannon this weekend after 90 years of construction.

The Art Deco skyscraper designed by Ralph Thomas Walker in the 1930s is known for it’s “Wings of Progress” that soar into the clouds above the building. But in what has been a poorly kept secret, the Wings are also the barrel of a 6-Trillion Dollar MegaPartical Cannon.

“Where do you think all that tax money that was supposed to go to potholes went? It all goes into building this god dang cannon” joked the Mayor.

City Officials have put out a statement for residents not to be alarmed this Saturday during the test.

“If you see a giant blue blast in the sky, we’re not under attack, we’re just getting prepared for one. Also, if this is an Alien that has intercepted this message, just be warned. If you show up to Rochester, we’re going to blow up your shit. Yee, yee. Check yo shit. Beeeeeeettttchhhh.”

“I thought these people were into vampires? Why all the dirty looks?” cried Scott Morris, 36 of Pittsford, NY. As he waved his cape around rapidly, defeatedly muttering “bleh, bleh!” to himself in an attempt to impress other patrons at the goth nightclub Vertex.

Many of the club goers scoffed and shot judging glares while Scott persisted, as he made several failed attempts to incorporate his cape into what some could describe as “dancing”

“I really thought this would be a hit, I spent $75 on this costume, and the shop said no returns, so I feel like the only thing I can do is just keep coming here, do he think they just don’t get it? Like maybe they don’t realize I’m a Dracula?” said Morris, confoundedly thinking being “a Dracula” was a thing.

Time will tell whether or not the local man’s attempt to become a new member of the scene at Vertex will be successful or not, although the last interaction he had during the night does seem to give us an indication.

“I vant to drink your bud! haha, hi I’m Scott.” he said, to a women at the bar drinking a Budweiser.

He was promptly removed from the bar as literally everyone hoisted him up over their heads and carried him to his vehicle.

“I only get one chance a year, I can’t blow it”

For Wilsley the annual Lilac Fest isn’t about the flowers or the festivities. It’s about one thing. Corn Dogs.

“I don’t even really like them honestly, but I feel this duty to have one every year, and with so many options, it’s a tough call each year to figure out which establishment can offer him the best deal on a deep fried hot dog on a stick that will almost definitely cause him digestion problems for days after consumption.

“I am a purist, no cheating. Sure I could go for the bacon and cheese filled corn dog and shit my brains out for months, but any schmuck could do that. If it’s not just corn and dog, it ain’t a corn dog baby.”

He said as he smugly took a sip of his 12 dollar coors light.

We were not able to locate Herman later in the day to get a final answer on who he chose, the last time he was seen he was mumbling about mustard as he headed towards the stage, where a band was playing the same Dave Mathews song for the 4th time in a row to resounding applause.

The homelessness problem in Rochester has been a long standing issue for the city, an issue that has been made far worse by the announcement that Hotel Cadillac will be shutting down, leaving an estimated 12,000 bed bugs homeless.

The Hotel Cadillac and its harem of beloved bed bugs have been a Rochester staple for years, but as they say, all good, really itchy things must come to an end eventually.

“I have many fond memories of the Hotel Cadillac, and the subsequent infestation of bed bugs that would plague me for months after staying there. It’s sad to see it go.” Said a man who referred to himself only as “Heroin Bob” and offered our reporters a “tug off behind the dumpster for 6 bucks”

(A review of said tug off will be featured in next months “Travel Tips: Where to Find the Best and Worst Dumpster Tug Jobs in Rochester)

Citizens are calling for politicians to do something about this issue.

“We can’t just leave them on the street to die, after all they’ve done for the city? Who amongst us can say that we have not been touched by these beloved creatures? I know I personally had one burrow into my anus, which was an unpleasant yet welcome surprise.”

No word yet on where the bed bugs may be relocated. Many have suggested either funneling them into the 490 hotel or just putting them in Steve’s House.

ROCHESTER, NY – This week all five of Papa John’s Rochester locations closed and in one last “F** YOU” to their loyal customers they dumped the entirety of their Garlic Butter Sauce reserves into the Genesee River.

Stanley Yelnats of the Environmental Protection Agency Rochester Division told InnerLoopBlog.com “this will have a major impact on or fish and wildlife…. A MAJORLY TASTY IMPACT!” He proceeded to bite into the belly of a fish just like that one scene with smeagol in Lord of the Rings. “Everything taste like Garlic Butter now! This is will be a new Renaissance for Rochester!”

The City of Rochester is already planning close the dam permanently and allow all residents to scoop out as much of the golden goodness as their arteries can take. “This is a game changer for the  annual Taste Of Rochester event! We can just dip our Chicken Fingers right in the River!” said Event Coordinator Stacey Borgen.

When we reached out to Papa John’s for comment the sent back that picture of Drunk Papa John and a notice that the company has officially changed their slogan to “Better Ingredients, Better Pizza, Better GTFO of Rochester!” 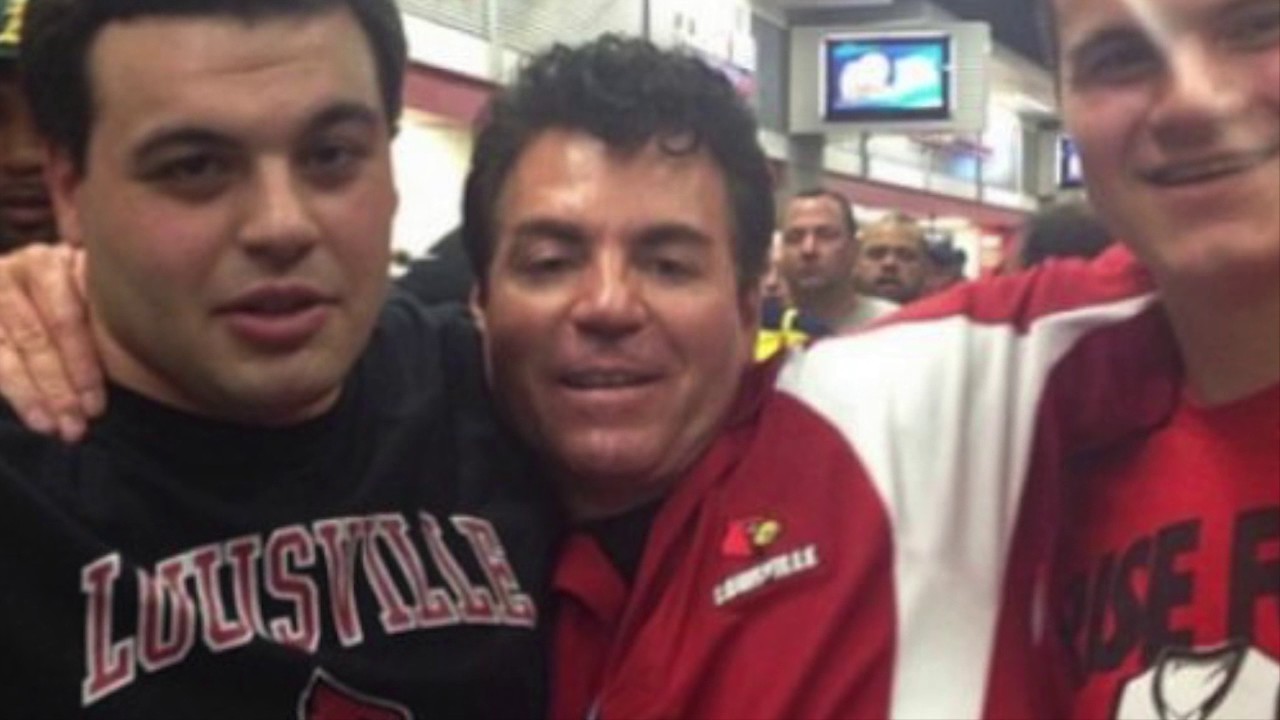 ROCHESTER, NY – It’s one of the most satisfying feelings during the cold Rochester Winter but is it destroying your car?

A man from Pittsford kicked the “snowberg” out of his wheel well and his entire car just “like-f***ing fell apart.”

Just like we do with any of our car related issues, we called our Dad to check to see if it’s true that kicking the snow out from your tire is bad for your vehicle. Our Dad told us “we’re so disappointed in you and how you’ve turned out. Please stop calling us, it hurts too much.”

So I guess it’ll remain a mystery?

Rochester, NY – NASA Satellites are confirming that all of Rochester’s potholes have now combined into one “superhole” a category that has formerly been reserved for craters on Mars and some of the more promiscuous Kardashians.

Scientists are unsure what this means for Rochester’s future but speculate that when Lake Ontario floods Edgemere Drive again this year that is might seep into the new Superhole and create a nice stagnant murky water pool for children to play in.

Rochester, NY – Rapper/Hypeman Flavor Flav weighed in on the battle between Tops and Wegmans while performing in Rochester last night. The Public Enemy star threw his vote behind Tops, in a mostly inaudible but full throated endorsement, as best grocery store in the area with his main point being that, “they don’t care if you smoke in there”.

The concert took place last night to a raucous crowd of mostly wait staff in Ball Room 3B of The Diplomat Party house in Gates.  That’s where Flavor Flav put his full support behind the bankrupt super market stating that, “you can get 10 pop-tarts for 10 bucks in that motha f***a… and the flavor flaaaaaaaaaav ain’t bad neither.”

“He was kind of in an out of consciousness throughout the entire night,” explained Stacy Benson who attended last night’s concert with her family.  “A lot about how the lettuce is really old and it reminded him of ‘Dat ass on Delicious’”.

At press time reports show that Webster grocery store Hegedorns has been in talks with DMX and The Ruff Ryders about a possible endorsement deal for their Spring quarter.