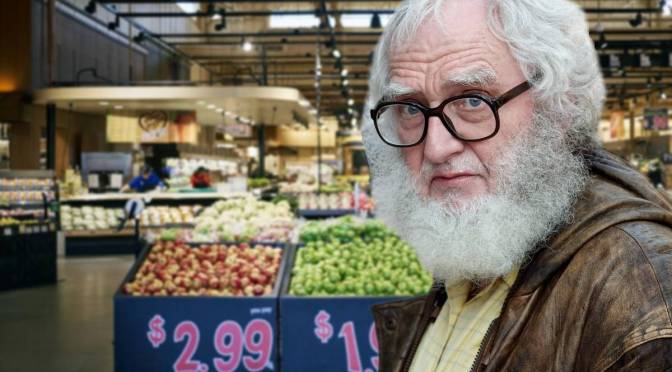 Penfield, NY – An all too common scene of confusion and frustration unfolded inside Wegmans early Sunday morning when an elderly person came to an abrupt stop while pushing her cart.

“It was almost poetic,” one shopper told the Blog, “There she stood, grasping her cart, staring blankly into the produce section. Was she lost in thought or was she just lost inside Wegmans?”

More and more shoppers began to line up behind her as the elderly person took out her lengthy shopping list.

“She began to slowly cross off items on her list one at a time,” another shopper said, “she had no idea fifty people were waiting for her to move to grab a carton of eggs.”

Rochester, NY – Chaos erupted outside of an early voting site yesterday morning, after the ghost of Susan B. Anthony showed up to cast her ballot.

Witnesses say that the 114 year old apparition just appeared out of thin air and began loudly declaring her right to vote. Many bystanders were startled and some were a little upset.

“She just floated right through me while I was standing in line and she wasn’t even wearing a mask!” one disgusted voter said.

Efforts to encourage the ghost of Anthony to abide by social distancing guidelines failed and soon after the police were called.

“This is a clear case of voter intimidation,” an official from the Board of Elections told the Blog, “a polling site is no place for an unwelcomed haunting.”

Gates, NY – The Gates-Chili school district announced Monday that they were investigating reports of a bus driver driving completely sober.

“It is truly shocking that someone would dare  get behind the wheel of a school bus without a drop of alcohol in their system.” One school official said.

Witnesses say that the bus driver was seen obeying all traffic laws and driving exactly the speed limit while children were on board.

“What kind of sick person would use their turn signal in this day and age?” A parent told the Blog, “I don’t pay high taxes so my children can get to school safely!”

Fortunately, no students were injured and many were too high to remember their harrowing experience on the bus.

Rochester, NY – Election season is in full swing and local residents could not be more excited to exercise their right to vote for someone they know absolutely nothing about.

“Sometimes I just close my eyes and hope I fill in a bubble on the ballot,” one voter told the Blog, “but usually I just pick the candidate with the funniest name.”

Excitement for the upcoming elections has taken the suburbs by storm, where lawn signs supporting candidates no one has ever heard of can be seen everywhere.

“I don’t know who these people are or what they stand for,” one resident said, “but Lord knows I am going to blindly vote for all the candidates affiliated with my political party.”

Rochester, NY – During the midst of a pandemic Wegmans has debuted a new product aimed at casual shoppers and tie-dye clad free spirits alike.

“The Wegmans Brand has always been about providing quality mysticism that makes you feel real positive vibes, man.” Wegman said

The crystals can be found by following the thick smell of incense and ringing of tiny bells at all Wegmans locations.

“Our green semi-precious stones hit right at your wallet chakra,” Wegmans said, “making you feel refreshed and wanting to spend more money at our stores.”

Pittsford, NY – Karen Smith has dedicated countless hours to combating systemic racism from the comfort of her upper middle class Pittsford home. Now she feels it is time to take the fight to her front yard.

“It has been a long struggle,” Karen told the Blog, “but after 10 minutes of searching online, I finally found a Black Lives Matter lawn sign with free shipping.”

After walking a grueling twenty feet out her front door and placing the sign near the edge of the road she knew it was time to retire.

“I think I have done all I can for racial justice in this country,” Karen said while taking out her new iPhone, “all that is left to do now is post a nice photo on Instagram with the proper activist hashtags.”

“We decided that it is time this city fully embraces human beings walking directly into oncoming traffic without a second thought.” One council member told the Blog.

Advocates of the bill celebrated its passing by covering their eyes and running back and forth across the street in front of City Hall.

“This is a huge victory for jaywalkers everywhere,” an activist told the Blog. “It is our right as American citizens to drunkenly stumble across Monroe Ave without looking both ways.”

Rochester, NY – At a recent press conference, Mayor Lovely Warren announced an emergency order to address the recent surge in violence across the city.

“We have devised a plan that will help to limit the spread of violence ravaging our community. ” Mayor Warren said as her staff rolled out a large cart of semi-automatic rifles and ammunition behind her.

The Mayor’s actions come after the publication of a recent study that suggested Rochester can achieve herd immunity to violence by arming every citizen with at least one firearm and two full magazines of ammunition.

“In order to halt this epidemic of violence we must come together and fight fire with fire.” The Mayor said as she inserted ammunition into two bandoliers across her chest. 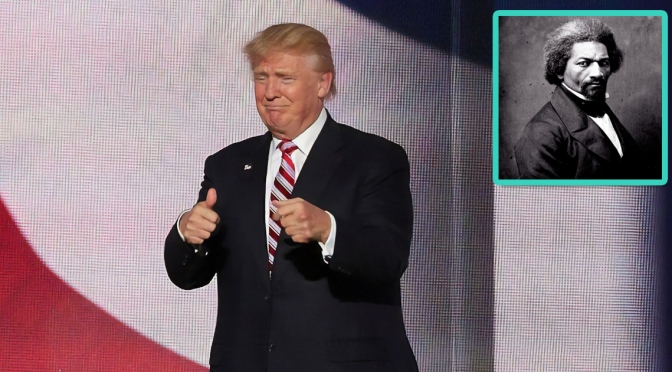 Washington, DC – Last week, news that a statue of Frederick Douglass had been vandalized in Rochester reached the president of the United States. During a political rally the president mentioned the incident after ranting at length about the fake news.

White House aides told reporters that the president and statue of Douglass met at an undisclosed location and spoke for several hours.

“It’s a shame what happened to Frederick. I spoke with him personally, he is not that upset about it. He is doing alright. A little stiff! He likes going on walks. Walking. It’s good. It’s a good thing for statues.”

The president then began to mimic a statue and started to slowly walk around the stage in circles before his aides quickly pulled him off stage.

Rochester, NY –  News that the Red Wing’s 2020 season had been canceled left Frontier Field officials scrambling to find a way to fill the stands.

“We are all disappointed there will be no baseball this year,” one official told the blog, “but we think watching paint dry will be just as entertaining.”

During a press conference, officials from Frontier Field announced that the stadium will be hosting the National Paint Drying League (NPDL) for the rest of the summer.

“The NPDL knows they have big shoes to fill but they promise they will encourage their players to stand around and scratch their crotches just like baseball players do.”