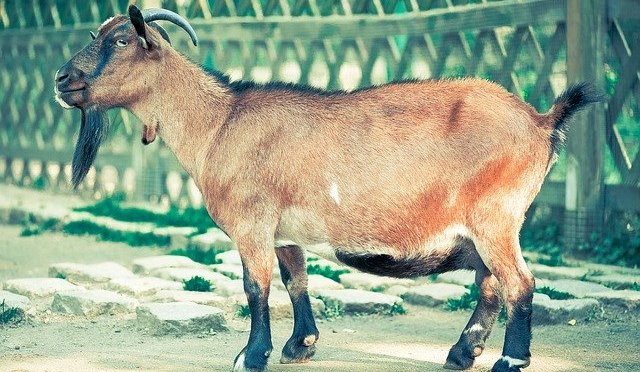 Williamson, NY – The Wayne County Sheriff’s Office arrested an alleged prostitute over the weekend during a sting operation. Molly Jennings, of East Williamson, was taken into custody at approximately 11 PM on Saturday, but released shortly after, on account of her being a goat.

“It’s terrible. We have these farm animals roaming all over the county, seducing men with their eyes, offering sex in exchange for grains,” said Sheriff Barry Virts. “It has to stop. We need to start charging these animals just like we do humans.”

However, many in the area feel that prostitution should be legalized, since it is a victimless crime. We asked Ms. Jennings for her thoughts, to which she replied “bahhhhh.”

“How do you expect a man to not be turned on by a naked goat walking around, genitals on display for the world to see?” asked Virts. “I mean, I’m more of a sheep guy myself, but you best believe I’m also attracted to goats.”