So, I don’t know if you’ve been watching the olympics, but absolute genetic monstrosity Michael Phelps just won his 3rd gold medal of the event.

For those of you playing the home game, he now has 22 medals overall, that’s made up of:

So for a minute put yourself in this obvious nazi-experiment-gone-pretty-good’s shoes. If you had a small fortune in proof that you sex good just lying around, and then continued to get more of them while doing this shit- 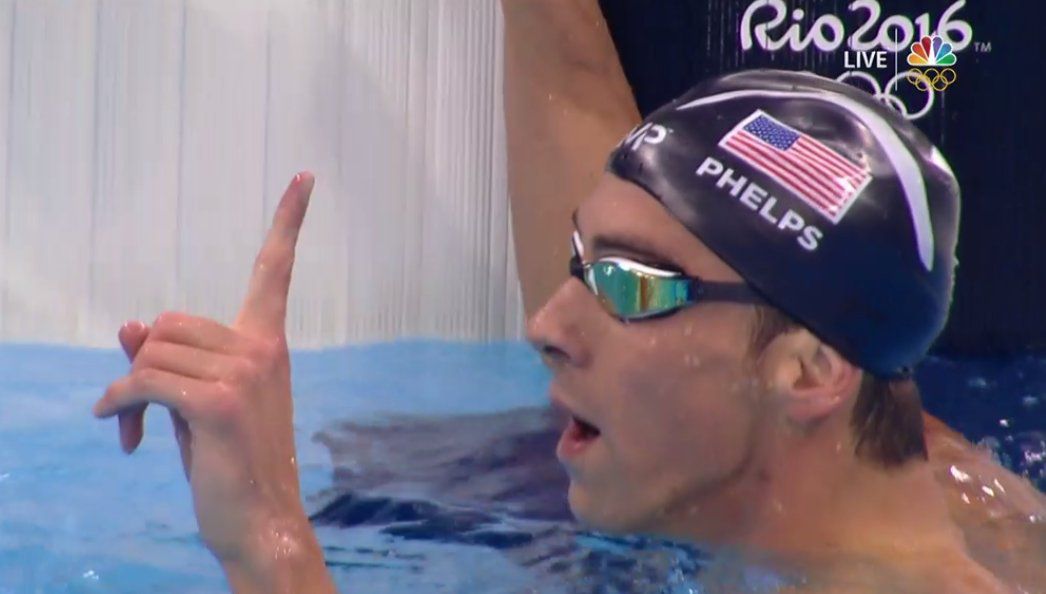 That’s Phelps literally staring down the man who came in second place, making sure he realizes that he should still fear whats in the ocean’s depths. He did this after winning Gold in the 200m Butterfly. The madman waved the camera’s to him, did a “I’m Number 1” thing to the cameras, then slowly turned to the man next to him and stared him down. This wasn’t an act of aggression, this was an emotional war crime.

Which brings me to my ultimate point:

Michael Phelps has no idea what emotion is anymore, and really, who can blame him?

That isn’t crying. Or nationalism. Or even a man who gives a single continental shit about what anyone thinks. When you have enough Fort Knox neck candy to topple a small regime, does having feelings even matter anymore?

This is someone, and I dare not say man because whatever hybrid of magic, science, and fish blood created Michael Phelps is certainly not by definition “Human”, who has a survival instinct version of “Fight or flight” that is pretty much just “Be wet and win or be actively trying to be wet and win”. Whatever feelings he has at this point are probably just stimulus responses to being out of the water, as shown in this handy flow chart:

Let me put it this way:

A couple of decades ago in a small fishing village, there was a humble fisherman and his wife. They had begotten a child, but could not afford to keep it on such a meager existence. They prayed to Poseidon to bring safe passage to the child, then released him to the sea. Poseidon, who was cramming down half a chilli dog smashing back a keystone, looked up and saw the child floating out with the tide. With a bloated cry of “Dude, im gonna make this kid so f***ing rad”, he blasted the child with his magical trident, and out of the sea-foam came a pot smoking half-fish with a fetish for gold circles.

Michael Phelps doesn’t feel like people do. As long as he keeps what can only be a shaky peace between the USA and Atlantis by funneling gold through our aquatic athletics programs, then f*** it. He earned the right to not have people feelings, and God bless him for it, the beautiful gilled bastard.