ROCHESTER, NY – With the news of sports leagues across the world canceling and postponing seasons due to the COVID-19 outbreak, one local sports squad is planning a return to business as usual.

The Rochester Rhinos ownership announced plans to play their full season in front of empty bleacher seats at Durand Eastman middle school in Irondequoit. When asked if they were taking precautions to avoid the spread of the deadly virus forcing the world into isolation, owners Nancy and Bob Macanudos said “what? There’s a virus? Is that why our neighbors are wearing masks and telling us to stop recruiting immigrants for our defunct soccer team?”

“We just figured we bought this soccer team and we have this Peruvian family living in our basement begging us for outdoor time so why not just pay a school janitor to let us scrimmage on the playground? We’re out of our god damn minds due to syphilis.”

IRONDEQUOIT, NY – Preparing for the potentially extended quarantine is hitting local residents harder than a garbage plate hits your colon on a Sunday morning.

Local dad and self-proclaimed brewmaster (he has a home brewing kit he has yet to open but did one-time mix Labatt Blue and Sprite and claim he invented White Claws) Darbert Landerball has already been forced to crack open his prized Flutie Flakes purchased last millennium.

“The way I see it is I’m hungry and nobody on the eBay has ever made an offer higher than $2.50 for this damn treasure. Still tastes like the shitty Frosted Flakes knockoff it always has been. After I’m done with these I guess I’ll eat the TO’s and freezer burnt Let’s Dough Buffalo Sabres ice cream I’ve had for like 8 years.”

ROCHESTER, NY – In a brazen attempt to reach the millennial and zennial and whatever the kids 17-21 call themselves these days, the CEO of Vector is trying to appease the younger workforce who desperately want to die by stabbing them with the company’s famous Cutco knives.

“We have a generation that just tweets that they want to die all day because the worlds gone insane and climate change will destroy us all. So I’m out here just committing assault with an extremely deadly weapon to get them to understand that death isn’t that great but these knives are truly the best in the industry” said CEO Barrister Chairester, who was absolutely drenched in blood while he stabbed me repeatedly with the sharpest knife I’ve ever felt.

ROCHESTER, NY – In an effort to curb complaints from concert goers frustrated by the long wait to get inside for concerts, MSA management has offered to provide blankets for those waiting in the cold. The fact that these blankets are definitely laced with the same disease used to wipe out Native Americans is just something you have to deal with if you want to be warm during the hour wait outside for a Journey concert.

“We’ve heard all of the complaints with our venue, be it the price of bud light being $9, no air conditioning during the summer that makes it a sweat lodge during a Godsmack concert, and most of all people who are frustrated by having to wait an hour outside in 0 degree weather because we only hire 2 people to work the door. Here’s some lightly used, lightly diseased blankets we found behind The Salvation Army, hopefully this will alleviate some stress for y’all” said Armory Operator and butt chugging enthusiast, Randy Bandiddle.

Alexandria Bae didn’t have to yell “big mistake” at the omelet station as she was treated to all the coffee, juice, and mini muffins she could ever want for an estimated value of $17.99.

As an added bonus, Alexandria even received a complimentary Otis Spunkmeyer chocolate chip cookie at checkout, completing what was a beautiful romantic evening with an unknown Xerox executive.

ROCHESTER, NY – Winter has arrived and with that, parking in the city just went from wildly inconvenient to an absolute waking nightmare for those who wish to go out in the city or just live there without the luxury of off-street parking.

Nowhere is that need to park anywhere but the snow and ice-covered streets more necessitated than Meigs Street, where your mirrors and tail lights serve as an obstacle course to drunks trying to navigate down a 4 foot wide, unplowed road at 3 AM during nonstop snowfall.

ORCHARD PARK, NY – At 9-3, the Buffalo Bills are off to their best start in years, with the opportunity to clinch a playoff spot this week against Baltimore with a win. Fans are abuzz with hope (and a lot of Labatts) as their team appears to be building a culture of winning for the first time since Jim Kelly was called Machine Gun Kelly (really, see picture below). 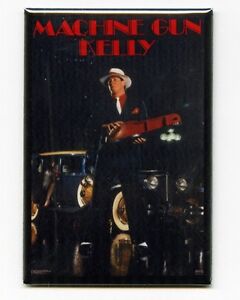 Fans are so excited for this team that there is almost no concern that it will end in tears as it has in every year they have played for the last 49 years.

“Josh Allen is the savior! We’re going to run the table and win a super bowl because God has finally decided to let Buffalo have some success. And if I see some yuppie f*** at a tailgate dipping his wings in ranch I will personally power bomb him through my stand up George Foreman grill” said lifelong Bills fan and part time hot dog pickler, Jeff Deljeff.