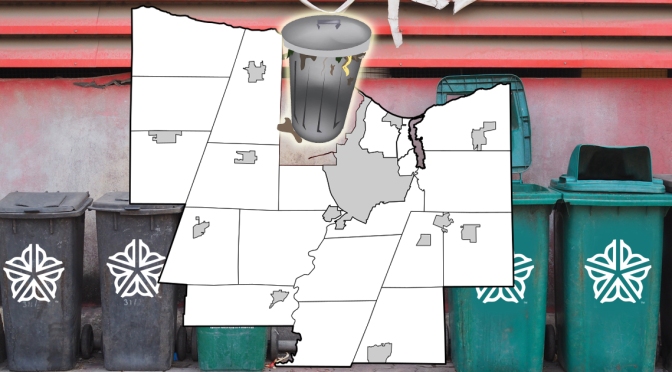 GREECE, NY – In recognition of Earth Day, volunteers around Rochester worked to clean up the city during a “Trash Blitz.”

The event was meant to clean up the roadways and local parks but by the end of the event, the organizers noticed something peculiar.

It appears that the entire Town of Greece has been completely removed after cleaners accidentally deemed the entire region as trash.

“Honestly, we were in the zone. Just cleaning and cleaning. By the time we looked up, all that was left of Greece was one big hole” said Matthew Bathmew one of the cleanup leaders.

Local officials have told The Inner Loop Blog that they will now be using the hole left from the cleaning project as a Garbage Dump and the residents who are left in Greece say they look forward to something that will smell and look better by comparison to what they’ve been used to.

“The new dump will really class up the area,” said one Greecer.